I download the occasional torrent. I do my best to keep such activities to a minimum (no need to get my ISP all up in my business), but circumstances arise where downloading is really the good option; I will spare you the moral justification of, "Oh, I'll buy the albums if I like them," but suffice it to say there are no qualms.

Since I listen primarly to electronica in its numerous forms, most of my downloads are of mix albums. Traditionally, this hasn't been a big deal, but I recently had a Zune thrown at me and it's become my primary .mp3 player. I played the good little consumer and said goodbye to most of my downloaded music, and ripped my album collection to .mp3, no problem.

I was particularly pleased with the fact that my ripped mix albums merged appropriately, through whatever black magic is running the show. 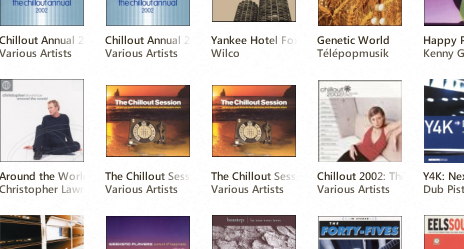 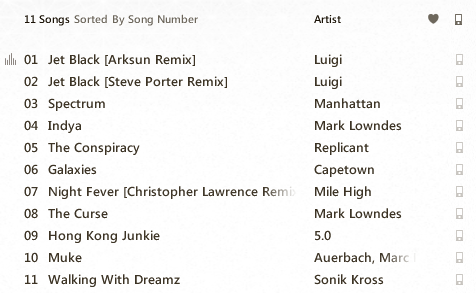 I suppose that this is probably expected behaviour for an .mp3 player, but having just recently graduated from my Gen-1 Creative Zen (aka, the Brick) I was suitably impressed.

Imagine my ire, then, when I imported some freshly-downloaded content from my filesystem, and found it completely manhandled. 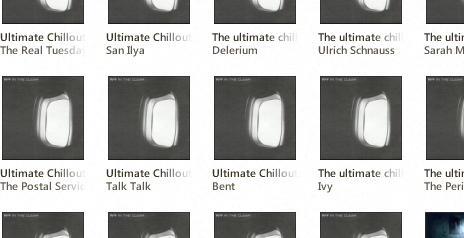 Naturally, the Zune software saw the same album title (generally) but different artists, and so assumed the albums were distinct. The quick solution would be to set every track to Various Artists, but this throws away valuable information about who the track is originally by.

Hacking through the available ID3 settings via Zune and Windows Explorer offered no help; neither did placing a mysterious desktop.ini in the source directory. What to do? Yeah. Burn the tracks to an album and re-rip it. Problem solved, everything organized.

That worked fine for the 5-album set I'd downloaded (I'm fairly patient). Then I got a new 21-album set the next day. Clearly, the burn-rip method will not be efficient: something new is needed.

Surfing the Internets gave me one final idea prior to permanent *headdesk*: try out a freeware ID3 editor. This seemed a bit silly at the time, since Windows Explorer allows editing of ID3 tags via file properties, but when all else fails... I picked up a copy of Mp3tag and saw what I could see. 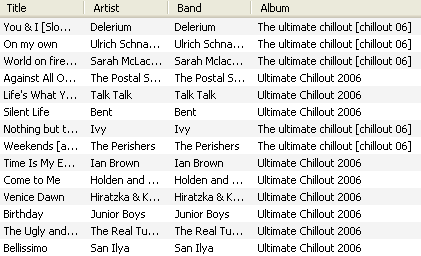 Wait, what's this mysterious BAND property? That's definitely not available on any of the Microsoft platforms I've been using. Let's go ahead and change that to Various Artists. 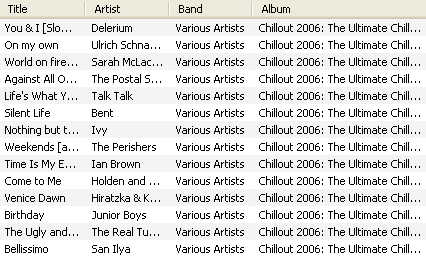 And fix the ALBUM settings, as well.

There is some quick finger-crossing... 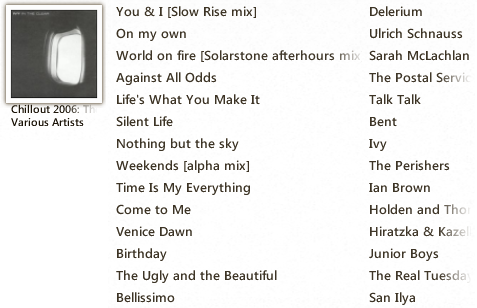 The lesson here is that ID3v2.3 (at least) differentiates the track's performer (ARTIST) from the album's creator (BAND). Yes, you can have your cake and eat it, too: keep track-specific data in ARTIST, and bind your albums together with BAND.

I feel a little n00by for taking so long to figure this out, but what will happen will happen. Now if I could just figure out why everytime I start the Zune software, this is all that pops up:

Can you find it?

Another problem, for another time.

"The lesson here is that ID3v2.3 (at least) differentiates the track's performer (ARTIST) from the album's creator (BAND). Yes, you can have your cake and eat it, too: keep track-specific data in BAND, and bind your albums together with ARTIST."

Isn't this wrong? Shouldn't it be "keep track-specific data in ARTIST, and bind your albums together with BAND